Skip to main content
Posted by Prophet David Batman August 05, 2019
OPINION (BIN) – Jewish sources hint that the alliance between the U.S and Israel is the prophetic end-of-days coming together of Esav and Jacob as a prelude to the building of the Third Temple. Some experts believe that President Trump fulfills many of the requirements for the leader of Edom that will make this happen. Two weeks ago, two religious Jews appeared before Rabbi Cham Kanievsky, one of the most influential rabbis of this generation. The emissaries reportedly bore an inquiry from President Trump, asking when

the Moshiach (Messiah) will arrive. The rabbi avoided answering the question, asking instead when the American Jews will come to live in Israel. Many were skeptical of the story, rejecting the idea that Trump, a Christian, would inquire from a Jewish rabbi concerning the Messiah. But Trump, as the non-Jewish leader of the U.S., has a prophesied role to play in the building of the Temple and it was for this reason he inquired. Trump wanted to know when he will be called upon to perform this role. FULL REPORT
https://endtimeheadlines.org/2019/08/trump-could-initiate-building-of-third-temple-as-head-of-edom/?fbclid=IwAR1HMP8VhgkqC_g0cdWm59QCDpRbDLlovAsed8tWVKruh4SPHLAKfJBdF9Q 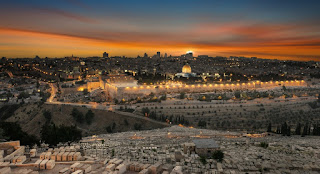