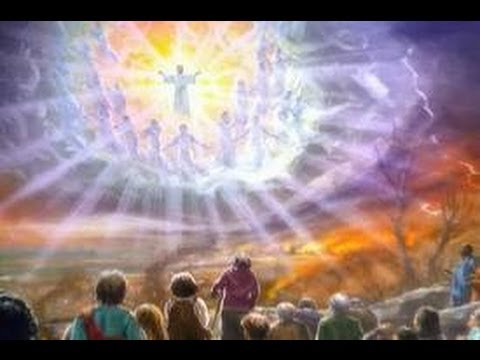 It is clear that Jesus will not come as a "thief in the night" for watchful believers, because in the very same passage, verse 4, Paul tells us,

But you, brothers, are not in darkness so that this day should surprise you like a thief.

If we are trusting in Christ and looking for His coming, Paul said that even the very day does not have to surprise us!

Also, Jesus exhorted, "If therefore thou shalt not watch, I will come on thee as a thief" (Revelation 3:3, KJV), obviously saying He will come as a thief only to those not watching! It is obvious that for those watching, He will NOT come as a thief.

Jesus rebuked those who did not understand the signs of the times in His day:

O ye hypocrites, ye can discern the face of the sky, but can ye not discern the signs of the times (Matthew 16:3).

Of the end of the age, Jesus said,


And when these things begin to come to pass, then look up, and lift up your heads; for your redemption draweth nigh (Luke 21:28).

He said we would know when it is near!

God said, "Surely the sovereign Lord does nothing without revealing it to His servants the prophets" (Amos 3:7, NIV). God said "nothing," and He did not exclude Christ's return. I take Him at His word.

God not only knows the end from the beginning, He tells us that He makes it known!

I make known the end from the beginning, from ancient times, what is still to come. (Isaiah 46:10).

He has already made it known! I personally believe it has been hidden in His Word all along, to be unlocked in His timing.  There is nothing wrong with seeking!  No doubt, it pleases God.

I have even from the beginning declared it to thee; before it came to pass I shewed it thee (Isaiah 48:5, KJV).https://www1.cbn.com/biblestudy/signs-of-jesus%27-urn

While the Bible makes it clear that no one knows when the world will end, it also says there will be signs that Jesus’ return is approaching. Read this article to learn the six biblical signs of the end times.
In this article:
The Bible presents a certain paradox when it comes to the end times. On one hand, we have Mark 13: 32, which tells us "But about that day or hour no one knows, not even the angels in heaven, nor the Son, but only the Father.” So the angels in heaven don’t know when the end is coming. Not even Jesus, Himself, knows when He’s coming back, it seems.
Yet in Matthew 24: 5-8, Christ says, of the impending end of all things, that “For many will come in my name, saying, ‘I am the Christ,’ and they will lead many astray. And you will hear of wars and rumors of wars. See that you dare not alarmed, for this must take place, but the end is not yet. For nation will rise against nation, and kingdom against kingdom, and there will be famines and earthquakes in various places. All these are but the beginning of the birth pains.”
So we’re told that we cannot know when the end will come, yet we are given definitive signs that foretell its coming. How can we make sense of this?
One way in which these signs can be useful is if we, instead of trying to predict the end through them, simply take them as hope-filled reminders that Christ is going to return and redeem all of creation. In this way, when we see these events transpiring, we can find hope instead of fear as we prepare ourselves to weather the storm.
To help you see these events for what they are, let’s take a look at 6 Biblical signs of the end times.
https://www.beliefnet.com/faiths/christianity/apocalypse-now-6-biblical-signs-of-the-end-times.aspx
There are so many signs that tell us we are living in the last days of earth's history. Not only do we have the main Bible signs, and the 6000 year timeline plan of God, we also have the apostle Paul's description of the last days in 2 Timothy 3.
2 Timothy 3:1-5 .....'This know also, that in the last days perilous times shall come. For men shall be lovers of their own selves, covetous, boasters, proud, blasphemers, disobedient to parents, unthankful, unholy, without natural affection, trucebreakers, false accusers, incontinent, fierce, despisers of those that are good, traitors, heady, highminded, lovers of pleasures more than lovers of God; Having a form of godliness, but denying the power thereof: from such turn away.'
Would you agree that we are living in "perilous times"? I believe we are. But how can we be in the last days when so many people around the world are living normal happy lives, without a care in the world? ...
Matthew 24:37-39 ...'But as the days of Noah were, so shall also the coming of the Son of man be. For as in the days that were before the flood they were eating and drinking, marrying and giving in marriage, until the day that Noe entered into the ark, and knew not until the flood came, and took them all away; so shall also the coming of the Son of man be.'
Do you see? The reason so many people are carrying on as normal is because they don't see the signs and they don't know what is about to happen to this world. So they blindly carry on living as if nothing is going to happen, and these people will continue to live normal lives right up until the second coming of Jesus, at which point their lives will come to an abrupt end.

Are we in the Last Days?

I am totally convinced from the above and the signs of the end times that we are living in the last days. As a people we desperately need to get right with God, because we are in judgment time and Jesus is going to return soon to give His reward to those who have truly served Him or destroy those who did not obey the gospel. Are you obeying the gospel of Christ Jesus? Do you have a love for the truth? Do you search and study the scriptures each day? Please heed the following warning.
2 Thessalonians 2:10-11 .....'And with all deceivableness of unrighteousness in them that perish; because they received not the love of the truth, that they might be saved. And for this cause God shall send them strong delusion, that they should believe a lie.'
The deceptions that Satan is going to manifest during the very last days are going to be so strong, that if you don't have a love for the truth and are not grounded in the truth of God's Word, then you will leave yourself wide open to be deceived. Don't think that your mere "belief" in Jesus will save you, because if you do truly believe, then you will be living everyday for Him and searching the scriptures to find out the truth.  http://www.end-times-prophecy.org/in-the-last-days.html