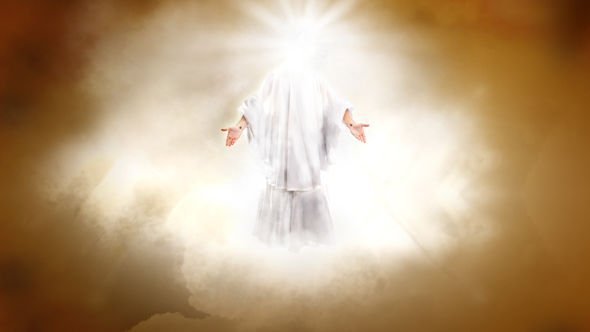 It is mind-boggling to think that our generation alone is uniquely standing on the precipice of time and where no generation has ever stood.  We are living in the days spoken of by the ancient prophets.
These prophets spoke of the Israelites being gathered back into their own land, in passages such as Ezekiel 37:21*:


This is what the Sovereign LORD says: I will take the Israelites out of the nations where they have gone. I will gather them from all around and bring them back into their own land.

This began in 1948.  The “dry bones” of Ezekiel 37 have come alive.
As also prophesied, we are seeing the world turn against Israel.


On that day, when all the nations of the earth are gathered against her, I will make Jerusalem an immovable rock for all the nations” (Zechariah 12:3*).
The catalyst for this is oil, or petro-dollars, causing the world to sell out tiny, democratic Israel to despotic Muslim nations for purposes of greed.
These signs are historically unprecedented.  Only this generation has seen them.  But there are many other biblical signs, such as: increased violence worldwide (as in the days of Noah), increased apostasy, increased cults and false religions and false prophets, increased natural disasters such as frequency of earthquakes, and more.
For these and many other reasons, is it any wonder that millions believe the return of Christ is so near?  Polls show that even non-believers think the world is at such a point.  This is the most exciting time in all history to be alive!

But When is He Coming?
Just the question -- when? -- causes some Christians to cringe, protest, or even scoff! They quickly point out that Jesus said,


But of that day and hour knoweth no man (Matthew 24:36* KJV).
Some believers criticize other believers who are seeking God’s clues, either from the Scriptures or by personal revelation.  It is interesting that it was apparently by personal revelation, not Scripture, that many people knew the exact day of Elijah's rapture (2 Kings 2)!  Are there types in the Old Testament?  Do God’s principles repeat themselves?
Some claim we should focus only on the Great Commission and evangelism and not be concerned when the Lord will return.  However, the Bible repeatedly tells us to “watch” for the signs, so not doing so would be disobedient.  Also, those who are watching and expecting Jesus’ soon return are probably the most zealous group of witnesses for the gospel among all Christians.
The doubters may mention Paul's words that the day of the Lord will come like "a thief in the night" (1 Thessalonians 5:2*). But many believers have so misunderstood these verses that they are oblivious to the times, not watching for the Lord as He commanded, and are often absorbed by the cares of this world and their own agendas.
As to Matthew 24:36*, some scholars point out that Jesus' words here are in the present tense, addressed to His hearers at the time, and not to those alive at the end of the age when Daniel's vision would be unsealed (Daniel 12:9*). This would be similar to Matthew 16:20*:


Then he warned His disciples not to tell anyone that He was the Christ.

As evidence, many other Scriptures reveal to us that God will reveal at least the approximate time. (Even if the "day and hour" restriction is literally valid today, it may be because the Earth is in 24 time zones and always in two different days.)
Jesus also said, “but my Father only” knows, which pins the statement to His hearers at the time, when Jesus was still on the earth, because surely there are now no secrets in the Trinity between the Father and the glorified Son, who are truly One.
Also, in context, He seems to be speaking of heaven and earth passing away (v. 35), not other end-time events. In addition, Jesus said,

He is obviously saying that to the one who watches, He will not come as a thief and that person will know the hour! (Hour -- Greek hora -- Strong’s 5610; various meanings, including, “any definite time, point of time, moment.”

God’s Promises of Revelation
It is clear that Jesus will not come as a "thief in the night" for watchful believers, because in the very same passage, verse 4, Paul tells us,


But you, brothers, are not in darkness so that this day should surprise you like a thief.

If we are trusting in Christ and looking for His coming, Paul said that even the very day does not have to surprise us!
Also, Jesus exhorted, "If therefore thou shalt not watch, I will come on thee as a thief" (Revelation 3:3*, KJV), obviously saying He will come as a thief only to those not watching! It is obvious that for those watching, He will NOT come as a thief.
Jesus rebuked those who did not understand the signs of the times in His day:


O ye hypocrites, ye can discern the face of the sky, but can ye not discern the signs of the times (Matthew 16:3*).

Of the end of the age, Jesus said,


And when these things begin to come to pass, then look up, and lift up your heads; for your redemption draweth nigh (Luke 21:28*).

He said we would know when it is near!
God said, "Surely the sovereign Lord does nothing without revealing it to His servants the prophets" (Amos 3:7*, NIV). God said "nothing," and He did not exclude Christ's return. I take Him at His word.
God not only knows the end from the beginning, He tells us that He makes it known!


I make known the end from the beginning, from ancient times, what is still to come. (Isaiah 46:10*).

He has already made it known! I personally believe it has been hidden in His Word all along, to be unlocked in His timing.  There is nothing wrong with seeking!  No doubt, it pleases God.
God said,


I have even from the beginning declared it to thee; before it came to pass I shewed it thee (Isaiah 48:5*, KJV).
Jesus said the Holy Spirit "will teach you all things" (John 14:26*). He said "all things." Did Jesus make a mistake, forgetting to exclude when He will return? I don't think so.
Friends confide in one another. Abraham was called God’s “friend” (Isaiah 41:8*; James 2:23*).

Now, because of Jesus’ atonement, we are called friends of God:


I no longer call you servants, because a servant does not know his master’s business. Instead, I have called you friends (Jesus, John 15:15*).

The Bible also says that Jesus was crucified so that the blessing of Abraham, part of which was friendship with God, would come upon the Gentiles -- us (Galatians 3:14*).
Ecclesiastes 1:9* says:


What has been will be again, what has been done will be done again; there is nothing new under the sun (NIV).
Many Bible students believe that ancient events and dating in the Bible are shadows and clues that foretell the coming of the Lord, even the timing.  An example is the six days of creation, seen as 6,000 years of man’s dominion over the earth, before the return of the Lord and the seventh, or Sabbath Millennium of peace, with Christ ruling in Jerusalem.  According to scholars, we are now at the end of 6,000 years since Adam.
There are other such passages. God clearly promised that we would know at least approximately when Christ will return, and even "the day" will not surprise us, as the Holy Spirit reveals through Paul!
In addition, there is ample precedent for God revealing specific times in advance.