Jesus Is Coming Back Very Soon 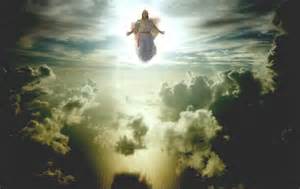 Now, Jesus Himself made it crystal clear that we cannot know the date of His return. He stated in Matthew 24:36, “of that day and hour no one knows, not even the angels of heaven, nor the Son, but the Father alone.”
But, the Bible makes it equally clear that those who have the Holy Spirit living in them — that is, those who believe in Jesus as Savior — can understand the nature of the times that mark His return (1 Thessalonians 5:2-6).
And folks, the season of the Lord’s return is now! We are coming to the end of one age and the beginning of the age of Jesus’ glorious reign right here on earth.

Signs that Show How to Know

The Nature of Christ’s Return

So why is God giving us all these signs to let us know about Jesus’ soon return? Well, the key lies in why He is returning. Jesus is returning to deal with rebellion — sin — before setting up His Kingdom on earth. It is God’s merciful and loving nature to let us know beforehand when He comes in justice and judgment to give us a chance to repent. 2 Peter 3:9 explains, “God does not wish that any should perish but that all should be brought to repentance.”
God deals with sin in one of two ways — either in grace or in wrath. A person is under either the grace of God or the wrath of God. There is no third option. To be under the grace of God is a glorious thing. It means you have the promise that one day soon Jesus will appear and take you out of this world in an event called the “Rapture” before He deals wrathfully with rebellion (1 Thessalonians 4:17).
The Bible promises over and over that those who have accepted Jesus as Savior during this age will be delivered from God’s wrath. Romans 5:9 says that “we shall be saved from the wrath of God through Him.” 1 Thessalonians 1:10 states that we are waiting “for His Son from heaven… who will deliver us from the wrath to come.” The promise is repeated in 1 Thessalonians 5:9 — “God has not destined us for wrath, but for obtaining salvation through our Lord Jesus Christ.”
But, if you’re under God’s wrath because you haven’t ask for forgiveness of your sins and accepted Jesus as your Savior, you will stay behind and experience a wrath unlike anything you can even imagine. This will happen during what the Bible calls “The Tribulation” — seven years when the wrath of man, the wrath of Satan, and the wrath of God will be let loose upon this earth. For seven terrible and terrifying years the Earth will be devastated and billions of people will be annihilated before Jesus’ Second Coming.
God is a God of love. Jesus says in John 3:16, “For God so loved the world that He gave His one and only Son, that whosoever believes in Him should not perish, but have eternal life.” But, God is also a God of justice. The Bible says in John 3:36, “He who believes in the Son has eternal life; but he who does not obey the Son will not see life, but the wrath of God abides on him.” It is God’s very nature to love, but His love demands that evil be dealt with in justice.
The Bible clearly teaches that God never pours out His wrath without warning for He is a just and loving God who does not wish that any should perish (2 Peter 3:9). That is why He has provided so many signs to alert us to the fact that we are living on the threshold of the Tribulation and the soon return of Jesus Christ.

Where do you stand? Are you under God’s wrath because you haven’t accepted His free gift of salvation, or are you under God’s grace because you have? Will you be one of those raptured before God’s wrath, or will you suffer in it? Can you truly say that you are ready for Jesus’ return?
You have a decision to make. If you haven’t accepted Jesus as your Savior, then heed Mark 1:25. “The time has come…the kingdom of God is near. Repent and believe the good news!” Believe in Jesus, God’s Son, and have everlasting life.
If you have accepted Jesus as Savior, your sins have been forgiven and forgotten, and you can look forward with confidence to that glorious day when Jesus will appear in the heavens. Make sure in these last days that Jesus is also Lord of every area of your life, so that when He comes He will find you ready.
“Therefore keep watch because you do not know when the owner of the house will come back — whether in the evening, or at midnight, or when the rooster crows, or at dawn. If he comes suddenly, do not let him find you sleeping. What I say to you, I say to everyone: ‘Watch!'” (Mark 13:35-37 NIV)https://christinprophecy.org/articles/jesus-is-coming-back-very-soon/