the Kansas City Star, one county in central Kansas alone has been hit by 11 quakes within the past five days… 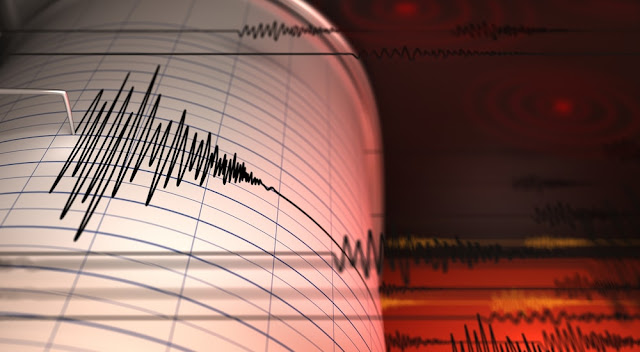 This Isn’t Normal: Kansas And Oklahoma Have Been Hit By 65 This Isn’t Normal: Kansas And Oklahoma Have Been Hit By 65 Earthquakes Within The Last 7 Days,     What are we supposed to think when rather large earthquakes start happening in places that aren’t supposed to have large earthquakes?  2019 has been quite a year for seismic activity already, and I understand that we should expect to see earthquakes in diverse places, but if someone told me that the U.S. was just hit by a significant quake one of the last places that I would check would be Kansas.  The state of Kansas is certainly known for a lot of things, but earthquakes are not one of them, and that is why what we just witnessed is so startling.  According to
The biggest one of the group hit on Friday morning.  It was originally reported to be a magnitude 4.2 quake, but it was later downgraded to magnitude 4.1.
Due to the geology of the region, earthquakes in the middle of the country are often felt more acutely, and this particular earthquake was powerful enough to shake things off the shelves of people’s homes…


Tim Black, who lives in Hutchinson, told the TV station his house shook and things fell off the walls. And Hutchinson resident Alice Hinnen said things fell off shelves in her home. She said she has felt earthquakes before, but this is the strongest one yet.
KWCH said people across Kansas felt this earthquake. “We’ve heard reports from people as far away as Topeka, Hays, Arkansas City, and into northern Oklahoma,” the station said on its website.
Further south, Oklahoma has experienced even more earthquakes than Kansas has over the past seven days.  Overall, there has been a total of 65 earthquakes between the two states over the past week.
That definitely isn’t normal, and we should keep a close eye on this.
Meanwhile, we are also seeing more unusual seismic activity out on the west coast.  In fact, a magnitude 5.4 earthquake just hit the Cascadia Subduction Zone just off the coast of Oregon…


The magnitude 5.4 temblor struck at 8:23 a.m. more than 200 miles west of Coos Bay, according to the U.S. Geological Survey. The quake hit at a depth of roughly 7 miles.
Earthquakes are not uncommon in the area, which sees frequent seismic activity as tectonic plates meet and shift and crumble under one another. The Cascadia Subduction Zone, a series of faults that runs parallel to the coast from Northern California to British Columbia, is expected to produce a massive quake that could devastate the region.