Israel and the Last Days-Updates 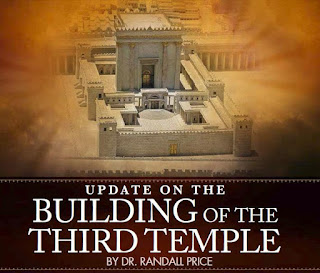 Those who believe Scripture contains a literal fulfillment of the biblical covenants for the Jewish people and the Land of Israel recognize rebuilding the Temple is part of this promised future. In Jeremiah’s presentation of the New Covenant for Israel, we read:

Behold, days are coming,’ declares the LORD, ‘when I will fulfill the good word which I have spoken concerning the house of Israel and the house of Judah. In those days and at that time I will cause a righteous Branch of David to spring forth; and He shall execute justice and righteousness on the earth. In those days Judah shall be saved, and Jerusalem shall dwell in safety; and this is the name by which she shall be called: the LORD is our righteousness.’ For thus says the LORD, ‘David shall never lack a man to sit on the throne of the house of Israel; and the Levitical priests shall never lack a man before Me to offer burnt offerings, to burn grain offerings, and to prepare sacrifices continually.
- Jeremiah 33:14–18, NASB          https://www.jewishvoice.org/read/article/update-building-third-temple

Israel and the Last Days, Part 1

More than ever before, it’s essential to understand why Israel is at the center of so much conflict in the Middle East. Ezra Benjamin joins Jonathan Bernis to discuss Israel’s place in history, in today’s news and future prophetic events found in God’s Word. If you want to understand the Last Days, it’s imperative to know how they connect to Israel and all Believers. You’ll gain special insight to discern the meaning behind current events in a whole new way. Ezra Benjamin is the VP of Global Outreach at Jewish Voice Ministries.

THE 144,000 NEW MACCABEES ARE HERE…THEY AWAIT CHRIST THEIR GENERAL

(part 12 of a commentary on the book of Zechariah)

After painting a picture of the glories of the nation of Israel restored to her rightful place as head of the nations in the end times (chapter eight), Zechariah goes on to again point us to the demise of both commercial and religious Babylon that will just precede the Messianic Era. His chapter nine oracle regarding a future destruction of the two-sided Babylonian kingdom will have a near fulfillment in the conquests of Alexander the Great and the descendants of one of his generals, Seleucus. Israel will gain temporary victory over this Greek juggernaut through the amazing exploits of Jewish guerrilla fighters, the Maccabees.

The far fulfillment of this prophecy will occur with the end-times emergence of the New Maccabees, the 144,000 of the book of Revelation. With Christ, they will bring the ages-long Babylonian dream of forever destroying God's people and the city of Jerusalem to its own complete end. 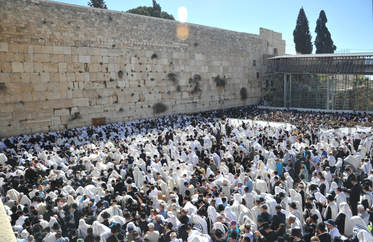 This article will show what we know about the 144,000 Jews of the book of Revelation and how they fit into the end of this Age and in the Millennium.