Israel was pounded by close to 200 rockets

“We Are Going To War”: Has The Final Apocalyptic Conflict Between Israel and Her Enemies Now Begun? On Tuesday, terrorists in the Gaza Strip fired hundreds of rockets at Israel in retaliation for Israel’s targeted killing of the senior commander of Islamic Jihad in Gaza.  Many of the rockets were intercepted by the Iron Dome defense system, but quite a few got through, and some even reached as far as Tel Aviv.  Following those rocket attacks, Israeli tanks and aircraft pounded Islamic Jihad positions in the Gaza Strip, and Israeli officials are pledging to continue to respond to any additional attacks.  Unfortunately, it certainly sounds like more attacks are coming.  According to Islamic Jihad’s Secretary-General Ziad al-Nakhala, his organization is “going to war” with Israel.  The following comes from the Times of Israel… 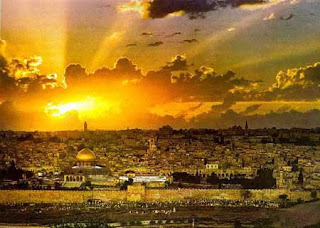 After a quiet night, a barrage of rockets strikes Israel

On Tuesday, Israel was pounded by close to 200 rockets following the predawn targeted killing of Palestinian Islamic Jihad (PIJ) Leader Bahaa Abu Al-Ata at his home in the Gaza Strip.   https://www.jpost.com/Breaking-News/Explosions-at-house-of-Islamic-Jihads-Abu-al-Ata-Palestinian-report-607579?fbclid=IwAR2BdwXToVws24tXSIKc_mJ18KKMeXekeOrqjUl_WrxTzbPZpjbm6lBf0Dk