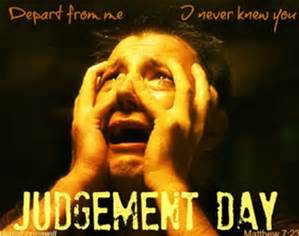 ISRAEL IN THE END TIMES

There is a great misconception today amongst prophecy students and preachers that end time Bible prophecy is all about the Middle East, and specifically the nation of Israel. And they miss the clear truth that Bible prophecy is given for the benefit of ALL people, to warn us of things to come to the WHOLE world, not just literal Israel. Yes, there are still prophecies to be fulfilled in Israel, as our following pages reveal:

There are still two major prophecies to be fulfilled in Israel
THE KING OF THE NORTH OF DANIEL 11
THE BATTLE OF ARMAGEDDON
Now while there are still prophecies to be fulfilled in Israel, like the above two, the main movements of end time prophecy will be seen all over the world, at the hands of the two beasts of Revelation 13, the Papal Church of Rome (first beast) and America (second beast - SEE America in Prophecy). And it is through these two 'beast' powers that the mark of the beast (Sunday law) will be enforced around the world.

The problem is, many people still believe that literal Jews and literal Israel are still God's chosen, whereas the Bible clearly tells us that there is 'no longer Jew or Greek ... as we are all one in Christ Jesus'. See our page - Israel in End Time Bible Prophecy for the truth.

The world is buckling under great pressure. Earthquakes, tsunamis, wildfires, tornadoes, mass animals dying. These things are just a fraction of the destroying forces raging throughout our world. Nature isn't the only thing going wrong in our world today. Everything else seems to be going horribly wrong too. War, terrorism, economic trouble, increase in sin and Godlessness. Confusion and strife reigns everywhere in this world today. God is withdrawing His Spirit from the earth ready for the last days and Satan is gaining more and more control.
The world is in such a mess these days that even non religious people are starting to think what is going on and what will become of all this. And what is the answer? Why are all these things happening in our day? The answer can only be found through a source that the majority of people have forgotten about ... THE BIBLE! When you study the Word of God you will see that these things were prophesied to happen a long time ago. Then the mystery begins to unfold and our eyes begin to open as to why this world is in such a terrible state.

Why is the mainstream media being so quiet about all of the seismic activity that has been happening all across the United States? Someday the Cascadia Subduction Zone will suddenly come to life and it has the potential to cause the greatest natural disaster that America has ever seen.


This award-winning prophecy film has finally proven the convergence of events that Jesus warned would occure in the last days is happening right now.


The second coming of Christ is in two parts: the Rapture which occurs sometime around the beginning of the last seven years and the Revelation which concludes at the end of the seven years.


The 70th year events are described in Daniel 9:27

Daniel 9:27: “He will confirm a covenant with many for one 'seven.' In the middle of the 'seven' he will put an end to sacrifice and offering. And on a wing [of the temple] he will set up an abomination that causes desolation, until the end that is decreed is poured out on him."

1. The final seven years begin when the Antichrist makes a peace covenant with the nation of Israel.

Three and one-half years into the final seven the Antichrist breaks the covenant. He puts an end to sacrifices and offerings in the temple; and, indwelt by Satan (Revelation 12:9, 12; 13:4), he sets up the Abomination of Desolation in the rebuilt Temple in Jerusalem. Jesus says, “Get out of town fast the Holocaust is now beginning!”