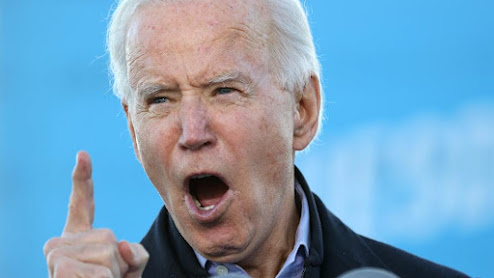 The Biden Administration Blueprint for a Fair, Orderly and Humane Immigration System.    The United States can have an orderly, secure, and well-managed border while treating people fairly and humanely.

In January, the Biden-Harris Administration launched a broad, whole of government effort to reform our immigration system, including sending to Congress legislation that creates a new system to responsibly manage and secure our border, provide a pathway to citizenship, and better manage migration across the Hemisphere.

In the six months since, the Administration has made considerable progress to build a fair, orderly, and humane immigration system while continuing to call on Congress to make long overdue reforms to U.S. immigration laws. We successfully processed over 12,500 people who had been returned to Mexico under the Migrant Protection Protocols. We expanded lawful pathways for protection and opportunity, including the Central American Minors (CAM) program to reunite children with their parents in the United States. We strengthened collaborative migration management with regional partners, including through a new Human Smuggling and Trafficking Task Force to disrupt and prevent migrant smuggling and human trafficking operations. And we continue to deter irregular migration at our Southern border.  The Biden-Harris Administration has accomplished this and more while reckoning with the prior Administration’s cruel and reckless immigration policies, which exacerbated long-standing challenges and failed to securely manage our border. Case in point: the total number of unique encounters at the Southern border to date this fiscal year remains below the total number of unique encounters to date during fiscal year 2019 under the Trump Administration.

Today the Administration is releasing a blueprint that outlines the next steps Federal agencies will be taking to continue implementing the President’s transformative vision for a 21st century immigration system that secures the border, fairly and efficiently considers asylum claims, strengthens regional migration management efforts in North and Central America, and addresses the root causes of migration from Central America. Success in building this fair, orderly, and humane immigration system won’t be achieved overnight, especially after the prior Administration’s irrational and inhumane policies, but this Administration has a blueprint to get there and is making real progress.

We will always be a nation of borders, and we will enforce our immigration laws in a way that is fair and just. We will continue to work to fortify an orderly immigration system.  ENSURING A SECURE, HUMANE AND WELL-MANAGED BORDER

The United States can allow people to exercise their legal right to apply for asylum while also reducing irregular migration and maintaining an orderly, secure, and well-managed border.

The Administration is committed to fairly and efficiently considering asylum claims. Asylum and other legal migration pathways should remain available to those seeking protection. But those not seeking protection or who don’t qualify will be returned to their country of origin.

https://www.whitehouse.gov › 2021/09/01 › fact-sheet-...
Sep 1, 2021 — President Biden is committed to using every tool available in government to produce more affordable housing supply as quickly as possible, and ...