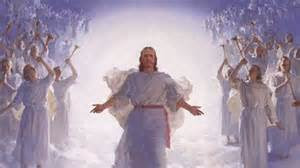 7.7 Earthquake was so powerful it shook buildings in Miami (TWC) – A strong earthquake struck between Jamaica and Cuba in the Caribbean Sea on Tuesday afternoon. The quake had a preliminary magnitude of 7.7, according to the U.S. Geological Survey, and was felt as far away as Miami. The earthquake caused very strong to severe shaking in far western Jamaica, capable of moderate to heavy damage, the USGS said. It also said moderate shaking was felt on Grand Cayman Island.
The quake struck at 2:10 p.m. EST about 75 miles off the northwest tip of Jamaica and 50 miles off of southeastern Cuba. It was about 6 miles deep, USGS said. The USGS received reports from people in Miami saying they felt the quake. Miami-Dade Police reported receiving phone calls of buildings shaking, and multiple buildings were being evacuated, NBC 6 reported.  People took to social media to share videos and reports of buildings being evacuated, including Miami Tower, a 47-story skyscraper in downtown, and Two Datran Center, a 20-story building in Kendall. There were also reports that Miami International Airport had been evacuated amid the shaking.
.        Pastor J.D. addresses the stunning news that Trump will be meeting with Netanyahu and Gantz this week in anticipation of releasing the long awaited peace plan. - Those wishing to give to Calvary Chapel Kaneohe, please visit https://calvarychapelkaneohe.com/dona...
Connect with Pastor J.D. Farag on Social Media to stay updated on his latest Bible Prophecy teachings and End Times-related                                                                                                 Jamaica, Papua New Guinea and Greece reeling by continual earthquakes           (Express) – A huge magnitude 7.7 earthquake struck Jamaica on Tuesday, now more are hitting the area, as well as the Solomon Islands, Puerto Rico, and Greece as the USGS records seismicity. Here is the latest on earthquakes around the world today. Earthquakes occur daily around the world, as tectonic plates shift and trigger vibrations up through the earth. Sometimes these quakes can badly impact cities, towns, and oceans causing, in some cases, disaster.     One area still reeling from a huge earthquake in Turkey which on Friday, January 24 was hit by a magnitude-6.7 quake. This killed at least 38 people and injured more than 1,600 when it hit 21 miles from Elazig. Buildings crumbled into rubble, leaving thousands homeless with 45 survivors pulled from the debris in the days since. Turkish Interior Minister Suleyman Soylu has since said his government is “seriously” preparing for a magnitude-7.5 quake in Istanbul.