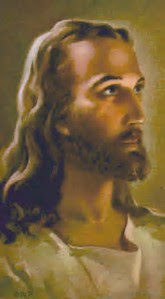 Story in the Bible

In those days Caesar Augustus issued a decree that a census should be taken of the entire Roman world. (This was the first census that took place while Quirinius was governor of Syria.) And everyone went to his own town to register.
So Joseph also went up from the town of Nazareth in Galilee to Judea, to Bethlehem the town of David, because he belonged to the house and line of David. He went there to register with Mary, who was pledged to be married to him and was expecting a child. While they were there, the time came for the baby to be born, and she gave birth to her firstborn, a son. She wrapped him in cloths and placed him in a manger, because there was no room for them in the inn.
Luke 2:1-7


History behind the Birth of Jesus in the Christmas Story


The census that was ordered by Caesar Augustus was the first of its kind. It was done because the Roman government wanted to make sure that everyone in the Empire was paying their taxes correctly. The census was carried out all over Empire (most of Europe): but in Palestine, it was carried out in a Jewish way rather than a Roman way. This meant that families had to register in the their historical tribal town rather than where they lived. This also meant that Joseph and the very pregnant Mary would have had to travel from Nazareth to Bethlehem, as this was town that Joseph's family (the royal family of David) originally came from - a journey of about 70 miles (112 kilometres).

Some people think that Bethlehem could also have been Joseph's actual home town and he'd traveled to Nazareth to collect Mary once they were betrothed/married to take to his home town to initially live.

The journey would have taken about three days and they might well have arrived in the evening, because if they had arrived earlier in the day, it is more likely that they would have found somewhere to stay.

In those times, there weren't really such things as motels or inns, you normally would have stayed with some extended family or relations. A more accurate translation of 'inn' would be 'guest room'. You would normally stay with extended family in their ‘guest room’ but as it was a busy time the guest room was already full.

Most houses would have been shared with the animals that the family kept. Houses had two levels, the upper/mezzanine level where people slept and the ground floor where the animals slept at night and the family lived during the day. The animals were a kind of 'central heating' at night keeping the house warm! The 'guest room' was often an area on the upper/mezzanine level or even a hut put on the flat roof of the house!

Briefly, historians say the birth of Jesus occurred around 6 or 5 BC.  The Bible tells us that Jesus was born in the “fullness of time” (Galatians 4:4-5).  Jesus’ birth took place at the time in history God chose.  He had promised humanity a Savior in Genesis (3:15); and then set about to prepare humanity for the Savior’s arrival.  God’s providence had arranged everything to culminate in the birth of the Savior in that stable on that night.  The birth of the One who would give His life to pay for our sins.

Luke 1:26-38 tells us the story of the angel Gabriel’s visit to Mary.  This must have been quite unnerving for Mary, a visit from a heavenly being telling her that she, a virgin, has been chosen to give birth to the Savior of the world.  Mary was initially frightened until Gabriel told her that she had found favor with God.  Gabriel explained to her that she would conceive a child by the power of the Holy Spirit.  Believers rightly celebrate Jesus’ birth, but it was actually a normal birth; if being born in a stable can be called normal, that is.  However, His conception was a one-time event that was unique in all of history.


The angel told Mary a few things about her soon-to-be-son:


Gabriel assured Mary these things would surely take place because, “…nothing will be impossible with God” (1:37 ESV).  Mary and the angel ended their conversation with Mary humbling herself to the will of God.

Caesar Augustus called for a census to be taken of all those dwelling in his realm.  Joseph and Mary lived in Nazareth, but were required by the Roman government to make the trip to Bethlehem in order to register in the census.  The census was taken in order to assess the population for tax purposes.  Thus, Jesus was born in Bethlehem, even though his parents’ home was in Nazareth.  This fulfilled the prophecy of His birth found in Micah 5:2.


Since this was the time of the census, the city of Bethlehem would be brimming with out-of-towners.  For whatever reason, Joseph and Mary could find no suitable accommodations.  Then, the time came for Jesus to be born.  Apparently, Joseph and Mary searched for some place that she could deliver a baby in relative privacy.  Most believe that place was a stable, because the Bible says the baby Jesus was placed in a manger, which is a feeding trough for animals, at His birth.


I am purposefully avoiding too much theological pondering in this article.  I want to focus on what it would have been like that night with Joseph and Mary.  They had traveled roughly 70 miles from their hometown in order to participate in this census.  However, that was just what was taking place on the outside.  Their spirits must have been soaring, knowing what the angels had told them, knowing the time was near for Mary to give birth to God’s Son, knowing that they had been chosen to participate in this incredible plan of God’s to save mankind from sin.  The hardships of the journey, and their lack of better accommodations, could hardly have made a dent in the overwhelming  joy they must have been experiencing.  It just seems reasonable that a loving God would bless their experience in a most powerful way.  This was God coming into the world in human flesh.  I cannot help picture the entire event as something blessed by God in a way that is unique to that particular time and place.  What an incredible story.  Truly, the greatest story ever told.